Hazen Mirts, founder and CEO of Enrollment First, Inc., has been invited to speak at the Florida Messengers Association’s annual Winter Meeting on January 25 in Orlando, Florida.

The theme of this year’s Winter Meeting is “Taking the Business Gamble,” and as an individual contractor, planning a business model with the Affordable Care Act in mind is certainly a gamble not to take lightly.

Mirts, the industry expert on health insurance, will discuss the Affordable Care Act, how it affects the industry, and the options available specifically for individuals.

Mirts recommends looking into guarantee issue major medical to individuals that have yet to decide on which health care plan to choose. Some could very likely qualify for a government subsidy to help alleviate the cost.

“An individual making $20,000 a year after write-offs with a family can qualify for a government subsidy that will make their health care plan free at the bronze level and drastically discounted at the silver level and up,” Mirts said. “Most individuals don’t realize this, and I’m here to help spread the word.” 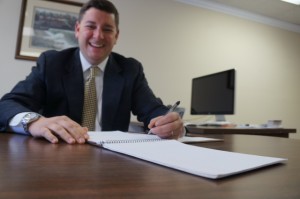 From the desk of Alex Renfro

The IRS very recently released IRS Notice 2013-45. This notice does not quantify, but instead puts in formalized fashion the delay of the IRC Sec. 4980H(a) penalties, otherwise known as the employer mandates. This notice does not add much more than the IRS’ original blog post from July 2. There is no legal justification for how the federal government may enact this delay, and there is no authority that they call on other than assuming that they can enact this delay by fiat. While interesting from a Constitutional perspective, more to the point, the title of this notice is “Transition Relief for 2014,” and that is very key.

There have been other transitional relief provisions released by the IRS with regards to the Affordable Care Act for 2014. With the title of this one being “Transition Relief for 2014,” it seems to be the case that the prior transitional relief statutes and regulations are no longer in effect – they have been supplanted by this notice. That means that while there have been some employers who did not have to comply on January 1 because they were going to change their plans on their insurance renewal date, they will not be able to do that anymore. Instead, by January 1, 2015, all employers must comply.

Also, I have noticed in these regulations an assumption by the IRS: Employers will continue to plan as normal in 2014. It is a bit subtle, but what the IRS states is that the purpose of this delay is not to cease having a health plan in 2014 for newly eligible employees. The purpose is to create that health plan, but do so without worry that the plan you are creating may not have minimum essential coverage or that the plan may not be qualified and affordable. Employers have some freedom from the excise taxes, but they are still expected to be in compliance. If an employer is not in compliance, further consequences of failing to have a plan in 2014 will ensue, and the government is not going to be sympathetic to your realization of those consequences. Your delay is resulting in your consequences, by their logic.

With that said, the government is expecting employers to continue looking for health care options to offer their employees in 2014, and I think that is very important to note as their official stance. They are not expecting employers to take a year off, they are not expecting them to not have plans in place by 2014; the only thing they are expecting to occur is the employers find a plan in 2014, but not perform self-reporting on their non-compliance until 2015, which is very different than what a lot of employers may be thinking. The government does not intend these delays to also mean a delay in offering coverage.

Now, that is the official line in these regulations. Of course, if employers do delay in creating plans, that means more people will enroll in state exchanges, which is very good for the health of such exchanges. More people enrolled means a higher spread of risk, or a greater risk diversification, which benefits the exchanges. It is thus somewhat debatable whether the federal government actually believes people will delay in creating a plan or not, but they do stand to benefit by employers delaying. Employers do not benefit by delaying because of a number of other issues we will touch on in future blog posts. Information is also available through our webinars, brochures and proposals as to what could be the danger in delaying in 2014.

With all the recent discussion of out-of-pocket limits, let me start by explaining what out-of-pocket limits actually are. An out-of-pocket limit is the maximum amount of money a plan participant may spend in a health plan per year. Beyond that amount of money, a plan participant can receive care to an unlimited amount, and they will not pay a single penny for it. If care becomes too costly for any given individual, then either the employer is paying for it past a certain point, or an insurance mechanism is paying for it. Insurance mechanisms include fully insured plans or self-insured plans with what we call “aggregate reinsurance protection” or “medical stop-loss.” Essentially, insurance or reinsurance will likely be paying the bill, but increased premiums for paying more expensive bills is also highly probable.

Back in February, the Department of Labor offered transitional relief, not from the employer mandates that were delayed, but transitional relief from general PPACA rules. This relief first states that the out-of-pocket limit for next year is $6,350 for an individual and $12,700 for a family. That is the most an individual or family participating in an employer-based health plan will have to pay in a given year for coverage. The regulation then states that some employers use more than one service provider to administer their plans. Some employers, for instance, will use a third party administrator (TPA) to administer claims and to make claims-based decisions on medical treatment. Furthermore, they also will use a pharmaceutical benefits manager (PBM) to make pharmaceutical-based decisions. If you have more than one service provider who administers your plan, or separate benefits under your plan, the regulations state that you may treat those benefits separately. This conclusion means you can charge a separate out-of-pocket maximum for each. For example, if you have a health plan with a TPA and  PBM, each of them will have a $6,350 out-of-pocket maximum for individuals, and each of them will have a $12,700 out-of-pocket maximum for families. So for plan participants, instead of paying a minimum of $6,350 next year, they will be paying $12,700 minimum for the same benefits. For a family next year, instead of paying a minimum of $12,700, they will be paying $25,400 for the same benefits.

Consumers should probably be somewhat angry that this is the case. Out-of-pocket maximum rules are listed very clearly in the ACA, and it appears once again that the administration is selectively enforcing those rules. Just like the employer mandate delays, the federal government again is engaging in a selective and seemingly inaccurate enforcement of the clear provisions of PPACA. The authority for these actions is not known except by simple fiat of the federal government that they have the authority to do this. Clearly, Congress, who passed the legislation on PPACA, seem somewhat angry in the news media that such selective enforcement is occurring and continues to occur by the executive branch. Substantive actions, such as a lawsuit filed by the legislative branch against the executive branch to more faithfully and honestly enforce PPACA, is up in the air, but we do not expect such actions to take place at this time.

Ultimately, this means that people who are in the know with these types of regulations have already had this provision in place in their plans for next year. In my legal practice, for instance, my clients who are concerned about costs have these provisions in their health plans already. WellMEC™ has made this a key feature of the program for some time now, as well. This was possible because when we know about these regulations – again these came out in February – we can adjust much more quickly and provide much greater economic efficiency than a plan that is provided by someone who may be unaware of these regulations.

This is not the only example of cost-saving mechanisms that we provide in our plans. This is just a good example of one that has come to the attention of the media and is ripe for current discussion. With that, we would encourage employers to seek assistance from individuals who understand these regulations and can provide cost-efficient solutions to the employer for their plans, because again, there are numerous examples of the value and savings that employers can achieve by engaging with such individuals.